10 For since the law has but a shadow of the good things to come instead of the true form of these realities, it can never, by the same sacrifices which are continually offered year after year, make perfect those who draw near. 2 Otherwise, would they not have ceased to be offered? If the worshipers had once been cleansed, they would no longer have any consciousness of sin. 3 But in these sacrifices there is a reminder of sin year after year. 4 For it is impossible that the blood of bulls and goats should take away sins.

5 Consequently, when Christ came into the world, he said,

8 When he said above, “Thou hast neither desired nor taken pleasure in sacrifices and offerings and burnt offerings and sin offerings” (these are offered according to the law), 9 then he added, “Lo, I have come to do thy will.” He abolishes the first in order to establish the second. 10 And by that will we have been sanctified through the offering of the body of Jesus Christ once for all.

11 And every priest stands daily at his service, offering repeatedly the same sacrifices, which can never take away sins. 12 But when Christ had offered for all time a single sacrifice for sins, he sat down at the right hand of God, 13 then to wait until his enemies should be made a stool for his feet. 14 For by a single offering he has perfected for all time those who are sanctified. 15 And the Holy Spirit also bears witness to us; for after saying,

16 “This is the covenant that I will make with them
after those days, says the Lord:
I will put my laws on their hearts,
and write them on their minds,”

“I will remember their sins and their misdeeds no more.”

18 Where there is forgiveness of these, there is no longer any offering for sin.

When attacking Catholicism, Protestants will often rush to this passage of Hebrews to assert that Christ’s sacrifice occurred exactly once, and that the repeated sacrifice of the mass is therefore redundant and blasphemous. I personally have found it hard to respond to this attack. For the longest time I have had an intuitive understanding of the Catholic doctrine surrounding the sacrifice of the mass, but I have always struggled to articulate it in an apologetic context. When I try to explain how the mass is equivalent to the sacrifice of the cross, and yet not a repetition of that sacrifice I simply get tongue tied. I will set down some reflections in this post that may help shed some light on the issue.

A relevant question to ask: what exactly is Jesus doing up there in heaven? What does it mean that he is our great high priest? Hebrews 8 is informative:

8 Now the point in what we are saying is this: we have such a high priest, one who is seated at the right hand of the throne of the Majesty in heaven, 2 a minister in the sanctuary and the true tent which is set up not by man but by the Lord. 3 For every high priest is appointed to offer gifts and sacrifices; hence it is necessary for this priest also to have something to offer. 4 Now if he were on earth, he would not be a priest at all, since there are priests who offer gifts according to the law. 5 They serve a copy and shadow of the heavenly sanctuary; for when Moses was about to erect the tent, he was instructed by God, saying, “See that you make everything according to the pattern which was shown you on the mountain.” 6 But as it is, Christ has obtained a ministry which is as much more excellent than the old as the covenant he mediates is better, since it is enacted on better promises. 7 For if that first covenant had been faultless, there would have been no occasion for a second.

So Jesus is seated at the right hand of the throne of the Majesty in heaven, he is a minister in the sanctuary and the true tent. What is he doing? He is perpetually, eternally and timelessly offering to the father his “once for all” sacrifice of Calvary. Basically, Jesus is currently up in heaven, eternally saying the sacrifice of the mass. But it is not a sacrifice of the mass like anything you’ve ever seen before: our masses and divine liturgies here on earth take many different forms and expressions, and none of them perfectly reflect the divine liturgy that is currently taking place up in heaven. The liturgy up in heaven is performed in a liturgical language that we do not understand, the movements and rituals involved are beyond our comprehension. Angels are serving and ministering at the heavenly altar. The entire church is the congregation, surrounding the altar and perfectly united to the sacrifice being eternally offered upon it.

Our sacrifices of the mass and divine liturgies here on earth manifest this one, single heavenly liturgy such that we here on earth are able to spiritually unite ourself to the hidden, heavenly reality.

The book of Hebrews is pretty insistent that there is now no longer any need for priests and sacrifices, because Christ performs all the necessary duties as our great high priest up in heaven. So how are we to understand the existence of Catholic and Orthodox priests? The answer: Catholic and Orthodox priests have the honour of sharing or “participating” in Christ’s Melchizedek priesthood. The Catholic priest is an “Alter Christus” – another Christ.

So when a priest says the sacrifice of the mass here on earth, what is actually happening is that he is manifesting the one, divine, heavenly liturgy in a certain way here on earth. This manifestation may take many different forms: the Byzantine liturgy, the Coptic liturgy, the Latin mass, etc. All these manifestations are different and unique, and yet they are intimately connected by the fact that all of them are manifesting the one, eternal, heavenly liturgy that is currently taking place up in heaven. Within this earthly manifestation of the heavenly liturgy, the priest represents Christ – he is an “Alter Christus”. In reality the only priest is Christ, but our ordained ministers have the honour of being his earthly hands in the offering of the Eucharist.

The Once For All Sacrifice

An imperfect analogy is prudent: If you record a soccer game, and then replay it later, the game is manifested for you in a much more real and tangible way than if you had depended merely on your memory to recall the events of the game. When you record a soccer game, you can “replay” the game and witness the exact events all over again with perfect accuracy. However you would have to be out of your mind to say that the game is literally “happening again” when you press play on your recording. Similarly with the sacrifice of the mass: the sacrifice of the mass is like the ultimate “recording” of the heavenly liturgy: it manifests the original event so perfectly that it is as if we are actually present. However it is inaccurate to say that the sacrifice is “happening again”. It is instead a “memorial”, but it is a memorial which is so completely perfect that it is as if we are literally present at the original event. In the sacrifice of the mass we are liturgically remembering Christ’s sacrifice, and the offering of that sacrifice, however this memorial is so perfect that we may as well be witnessing the sacrifice itself. 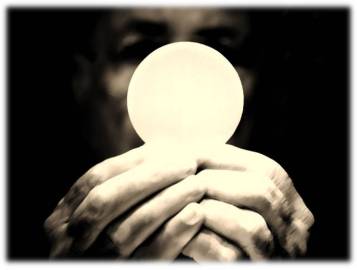 Christ is not sacrificed many times – he was sacrificed only once. And this sacrifice is not offered many times – it is offered only once. This offering of the sacrifice occurs eternally up in heaven in the form of the heavenly liturgy, with Christ as the high priest and the entire church as the congregation. However our earthly liturgies manifest this heavenly liturgy. Our earthly liturgies serve as a perfect memorial of the single act of sacrifice and offering, and they so perfectly manifest the sacrifice and the offering that it is as if we are truly present and witnessing the event first hand.

So the sacrifice of Christ happened once and the offering happens once in the heavenly liturgy, and the manifestation of this heavenly liturgy occurs many times in the form of our many and varied divine liturgies.

Johnny is a Bishop, Heretic, Prophet, Priest, Apostle and ASM (Ascended Spiritual Master). On his good days he is often also the one true almighty God incarnate. He enjoys writing theology and philosophy articles and spreading the Gospel promise of Universal Salvation